Where Is the Silent Invasion Coming From? 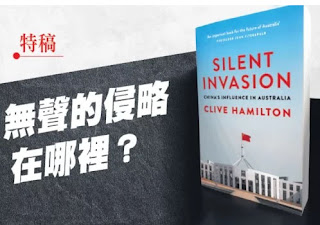 The original Chinese version of this article can be found at:
https://www.secretchina.com/news/b5//852314.html

（This article is reprinted from other source. Its contents, analysis and conclusions may not reflect those as supported or advocated by AVA）